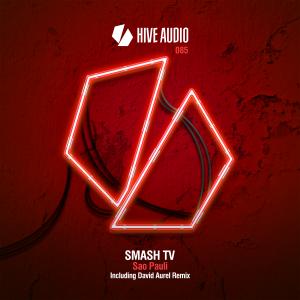 Making waves on the electronic music scene since the early noughties are Kai Preussner and Holger Zilske – better known under their conjunctional artistic moniker Smash TV to all ravers, punters and DJ's out there. With three albums and numerous acclaimed singles under their belt the two have become staples on the circuit ever since they first started and we're happy to welcome them back to the Hive Audio roster with their new release „Sao Pauli“.

The title track „Sao Pauli“ sees the prolific Berlin-based duo deliver a hefty pump with this tune, fusing the best elements of House and TechHouse into one hell of a groove whilst adding up uplifting vocal cut-ups and a driving, ecstatic motif built of high quality stabs for a high-octance lift off. Timeless.

On a remix tip for „Sao Pauli“ is David Aurel, surely one of the steadily rising stars on the TechHouse circuit. Stripping things down to the very core, focusing on an ever present low end whilst gravitating towards the harder, more technoid side of the TechHouse spectrum his version caters to the needs of all tool-focused, late night jocks aiming for long build-ups and powerful climaxes for sure.