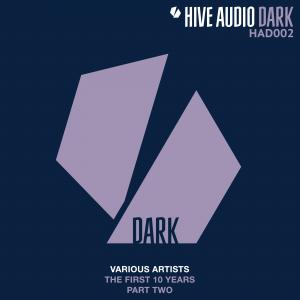 Going into Part Two of „The First 10 Years Hive Audio“ with Jimi Jules' „Cannot Move“ we're entering the dancefloor on a deep, groovy and melodic note, meandering in between DeepHouse and TechHouse and a sweet electronic Pop twist brought on by a simple, yet beautiful piano motif and slightly melancholia driven vocals.

Following up is „The Right One“ by Manuel Moreno, the albums second well decent, stripped down TechHouse / DeepHouse for late night sessions, bringing on deepness with a set of emotional and touching pads and chords accompanied by old time'ish vocals harking back to simpler, yet times in which love was real and a decision for life.

For their contribution Berlin's Smash TV are going in with „Slayer“, a masterfully arranged piece of stripped down, yet captivating and melodic TechHouse goodness causing havoc on festival dancefloors with its overwhelming, all embracing emotional low end shifts and dreamy vibes.

Up next ist KANT's „Dyster“, remixed, re-arranged and reshaped by none less than Animal Trainer. Drawing inspiration both from trademark melody-driven TechHouse / Romantic House as well as from certain, more UK Bass-oriented styles when it comes to the use of vocal samples this one is what we call a deep banger with panoramic twist.

Following up are „Stories“ by Benotmane who is telling tales of endless nights out in his uptempo workout bringing back uplifting and uptempo, 80s leaning synth bassline and slightly broken, super catchy DreamPop vocalisms to a heaving dancefloor near you.